Skip to main content
We all benefit from Open Source 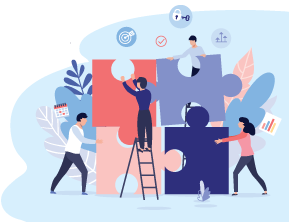 With the rise of open-source, we are witnessing a revolution in software development. Open-source software in the form of the Linux operating system has already won the competition for the Internet—so much so that Microsoft has pivoted and created Azure, it’s Linux-based software hosting platform.

The next wave of competition is above the operating system level. Here, too, open-source software is leading in market share with web servers like Apache and nginx, the most popular distributed version-control system in the world (called "git," by the same inventor of Linux) and databases like MySQL and MongoDB.

In fact, the TechCrunch article “How open-source software took over the world” shows that the purchase of the Linux support company RedHat by IBM for $32 billion is part of a larger trend.

It turns out that many people working together can produce extremely high quality code capable of running mission-critical systems. Part of the reason is that open-source projects inspire top developers to do their best work in front of their peers and share it.

Another big reason is that many eyes assessing each line of code looking for errors and better methods means that open-source projects get more expert scrutiny. This translates into projects that are often more secure than closed-source projects.

Performant Labs has participated in the Drupal community since 2007. We have delivered presentations at local Drupal users groups and conferences, helped organize DrupalCon San Francisco and the Bay Area Drupal Camp (BADCamp), and have released several open-source contributions. Our modules and initiative are: